WITH HELP OF THE COMMUNITY THE HISPANIC COUNCIL CREATES SCHOLARSHIP FUND 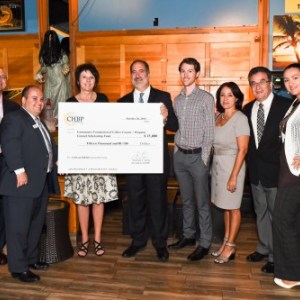 The creation of a Scholarship Fund for Hispanic Girls pursuing STEM Education was made public at the past networking meeting of the Hispanic Council.

A $15,000 check was handed by Mr. Andy Solis, the Council’s President, to Ms. Eileen Connolly-Keesler, President and CEO of the Community Foundation of Collier County which will manage the Fund on behalf of the Hispanic Council Foundation. 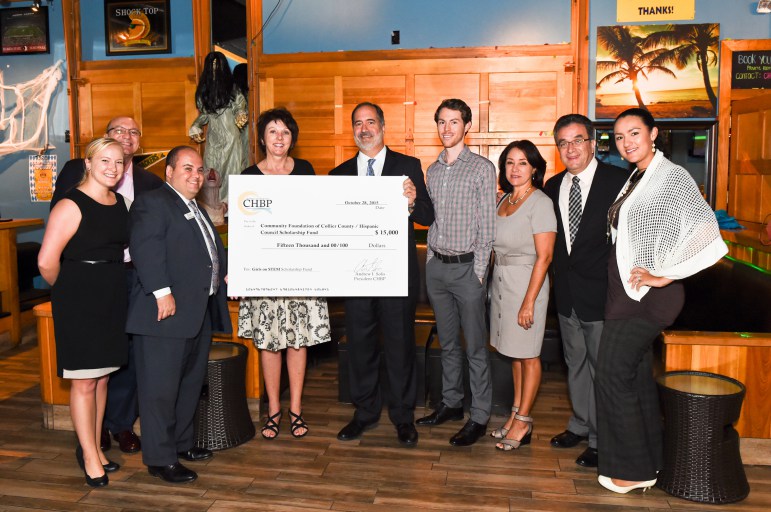 Back in September, CHBP had established a $1,000 Seedling Fund to begin raising money towards the Scholarship. A major funding boost for the initiative came from “The 2015 Latin Night”, the Council’s Seventh Annual Gala held at the Wyndemere Country Club in Naples (Pictures here)

Even elected officials, such as State Representative Kathleen Passidomo, and County Commissioners Georgia Hiller and Tim Nance, not only animated the Gala by encouraging attendants to give to the Scholarship, but they themselves made generous donations to it.

“This is the first Scholarship Fund for Hispanic female students attending public schools ever established in Collier County”, stated Ms. Connolly-Keesler. In 2015, 48% of total students in public schools are Hispanic.

Now that the initial money is in place at the community Foundation, what follows is  organizational work to have the scholarship fund ready for applications during the 2015-2016 School year. Through January/February a Joint Committee will be summoned and trained, will receive applications, meet applicants, make decisions, and grant scholarships in mid-April.

Previous Post
LATIN NIGHT 2015: A GREAT SUCCESS: THANKS TO ALL WHO HELPED!!
Next Post
CHBP NAMES 2016-2017 BOARD OF DIRECTORS